Share a memory
Obituary & Services
Tribute Wall
Donations
Read more about the life story of Deborah and share your memory.

Deborah Ann Kellum was born into life on July 30, 1967, the oldest of two children born to the union of James Sr. and Mamie Ledbetter in Detroit, Michigan. Deborah was educated in the Detroit Public School System, graduating from Central High School in 1985. In her high school years, she was a majorette and performed in many local parades, including the Thanksgiving Day Parade. She accepted Christ in her teen years and joined Dexter Avenue Baptist Church in Detroit. Deborah continued her education at Wayne State University and the University of Phoenix, where she received her bachelor’s degree in computer science. Soon after graduating from college, she relocated from Detroit to Dallas, Texas to pursue her career in Information Technology.

On October 6, 2000, she united in marriage with Mr. Reginald D. Kellum with whom she shared twenty-two blessed years before her homegoing. To this union God blessed them with two wonderful children, Rachel Denise Kellum and Ruth Aphelia Kellum. Later she and her family united with Christian Outreach Center under the spiritual guidance of Pastor Rose King and Assistant Pastor Jamil King where she enjoyed worshipping until her ailments no longer allowed her to attend.

Deborah was a devoted wife, loving mother, great friend, and faithful believer. She was preceded in death by her father and leaves to cherish her memory her loving and devoted husband; two daughters; her mother; brother, James Ledbetter (Rochelle); her uncle, Charles Willis; her mother-in-law, B.J. Kellum; her sister-in-law, Bonita Crayton (Gary Crayton); and a countless host of relatives and friends.

To send flowers to the family or plant a tree in memory of Deborah Ann Kellum, please visit our floral store. 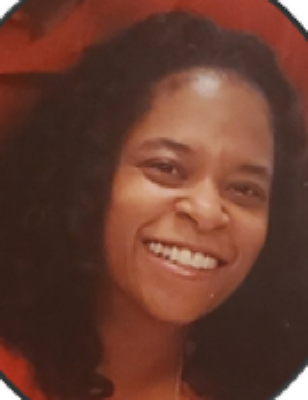