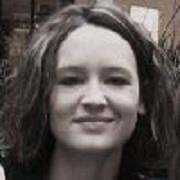 Christin Elizabeth Jones Kardos, 46, passed away Saturday, January 2, 2021 at her home in Fort Worth, TX.  Christin was born in Durham, NC, daughter to Robert Bradshaw Jones, Sr. of Durham, NC and Enid Jones Gibbens of Fort Worth, TX.

A brief graveside service will be held at Dallas-Fort Worth National Cemetery in Dallas, TX at 12:30 in the afternoon on January 22, 2021.  Celebration of Life to follow, at Dublin Square, Fort Worth beginning at 3:00pm.

Christin was a graduate of Riverside High School in Durham NC, Class of 1993, with continued education through Columbia Southern University in the field of Business Administration and Human resources.

Christin had a broad range of experiences in her professional life, largely due to her status as a military wife. She was very adaptable and open to new experiences wherever the world should take her. To name a few roles that were known to be closest to Christin’s heart:

Throughout her high school years in Durham, Christin worked a part-time job as a cashier with a locally loved grocery named King’s Red and White. Christin very much enjoyed working at the grocery and treasured her time spent with Brinkley, Courtney, Bee, and the rest of the King family. The King family recalls her love for people and her quick draw to start up a conversation.  Her time with the store, and the many interactions with the people of her hometown may well have born her love of community and civil service.

Christin married not long after high school. Upon her marriage to former husband, Nathanial Keith Glover, and just before the birth of their son, Dylan, in December 1998, Christin’s family was stationed at Fort Belvoir in Woodbridge VA. Coincidentally, this was very near to some of Christin’s beloved Jones relatives. Luck would serve that cousin, Stephanie McKonkie had an open position at Dr. William Rosson’s internal medicine practice in New Carlton, MD and welcomed Christin to this team with open arms. Here Christin learned the skill of insurance billing, managed appointments, called in prescriptions, and most importantly had the time of her life with Stephanie, working for a doctor who loved them both. When Dylan was born, Dr. Rosson insisted that Christin bring him into the office, so Stephanie’s office turned pseudo-playground with cribs and swings and the like. Christin was reported as being punctual, dependable, and having an excellent work ethic.  It is easy to understand why Christin was so committed to this wonderful team of people.

Christin met her current and surviving Husband, Eugene (Gene) Franklin Kardos Jr. in Beaufort, SC in 2006 when he was serving as a Drill Instructor at Parris Island. They bonded quickly, and later that year, moved together to Minnesota, where Gene served as an Assistant Marine Officer Instructor at the Navy ROTC, University of Minnesota in Minneapolis. They were married in Minneapolis, MN on March 2, 2007 and were blessed with daughter, Reagan in May, 2007. During this time, Christin worked as a Clinical Operations Coordinator for Hanger Orthopedic Group until 2009. Christin was very proud of this work because they helped so many veterans receive high quality prosthetic limbs for their wounds they received in combat serving their country. That is until the family was transferred to Okinawa, Japan in 2009.

While in Okinawa, Christin served from late-2009 to mid-2011 as a Security Clearance Officer for Marine Corps Community Services (MCCS), conducting background checks which earned her, in her own words, “the popularity points to rival any dentist,” but she took pride in being a servant, in any capacity, to those who serve our country. While still in Okinawa, in July 2011 Christin assumed the role of Family Readiness Officer for the 3D Maintenance Battalion, United States Marine Corps. Here she was the hub of information between the Unit Commander and over 700 Marine families, most importantly during deployments. Very often, the service member could not always communicate with their families, usually because of security reasons and Christin would be their liaison with the unit commander.  As one of her proudest roles, she dedicated herself to improving the quality of life within the unit, even implementing the unit’s first ever website via the USMC’s eMarine platform and inspiring marines and families to use it. She passionately supported these family members and dearly loved being their resource for information about their loved one. It was a duty she did not take lightly, and one for which she will be so lovingly remembered.

Finally, there is Christin’s social media career which she began in 2013 and continued through multiple firms before finding her home with Convince and Convert. Being self-taught, her new role as a Community Manager under THE Jay Baer, she felt fortunate to work with him and the rest of the team. Here, Christin worked alongside some of her favorite people, being creative together, traveling together, scolding one another, and “high fiving one another online.” “Tink,” as they called her, was so sincerely loved among this group. The company hosted a “Drinks for Tink” virtual Celebration of Life for Christin and had her friends, family and coworkers alike, send pictures, live-stream and tell stories about her funniest moments.  They sang songs about Christin, and raised money for the children. It gave family near and far so much comfort to see and remember Christin for the truly exceptional soul she was. For those of us in NC, it was pleasing to see firsthand how loved she was when she was away from “home.” From the bottom of our hearts, Thank you to Jay Baer and everyone at Convince and Convert for their outpouring of love.

Christin leaves behind more cousins than can be named, hundreds of friends, and tens of thousands of social media followers. She believed every human deserved her attention, and often got it whether they asked for it or not. She forced you to love her.  She was a love first, trust first, care first and ask questions later kind of soul. She was forgiving and humble.  She was a quick learner who could pass the test without ever cracking a book. Christin chose Texas as her home but was forever a North Carolina “Tarheel.”  (Go, Heels!) Christin would admit defeat, but she did not burden herself with grudges. Her laughter and energy were positive and contagious.  She loved people and connection and community like she loved breathing. She loved music of all kinds from Buffett to Clint Black, and Limp Bizkit to Wu Tang.  She “loved the crap out of everything.” She loved her family, and if she loved you, she made you feel like family.

One of Christin’s final remarks on social media was a shared post that read:

“I wanna be remembered for my kindness, for showing up, for giving second chances, for acknowledging my own toxic traits & for loving selflessly.  If that ain’t it then I failed horribly.  Remember to extend grace because we’re all just walking each other home.”

May the record show that Christin achieved this and more.

The family is being assisted by Fort Worth Funerals and Cremation and Pastor Lens from Church of House of NAM.

To send flowers to the family or plant a tree in memory of Christin Elizabeth (Jones) Kardos, please visit our floral store.